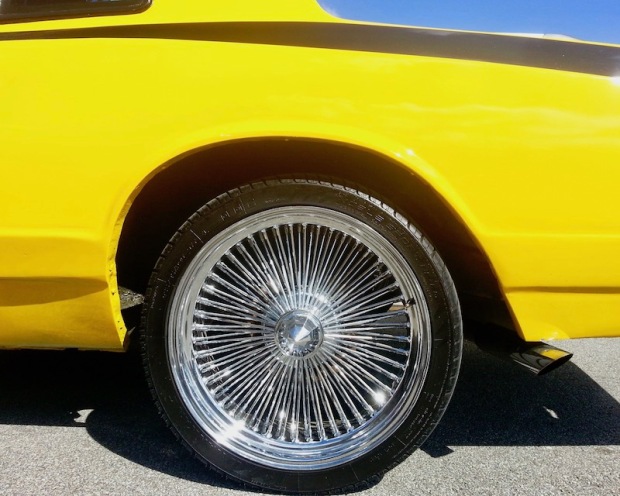 PANTONE: PMS 1235 C. The bright color is undeniably in the yellow family, but it’s a deep-hued, bold, traffic-stopping yellow. It appears in street lane markers and yells loudest when you really need to pay attention. It’s also rich and warm with a lot of orange–not like those namby-pamby lemon yellows, canaries, and daisies.

Around here, the color is better known as Steelers gold (never “yellow”) and an outsized portion of Pittsburgh’s motorists have special-ordered it from car dealers, then washed, buffed, and shined it in their driveways to preserve maximum luster.

Collectively, these vehicles are Steelermobiles and there exist three distinct categories of dedication.

Type A: South Side

The prototypic, incontestable, four-wheeled Steeler machine. These are black-and-gold hot rods, pickups, and sport utility vehicles so clearly decorated for Steeler fandom there can be no confusion or argument to the mission of their decoration. These cars exist to win professional football championships–or, at least to convey die-hard Steeler fans to the region’s purveyors of malted beverages, jalapeño poppers, and loaded nacho platters.

To fit this category, the vehicle must be fully painted in the Steelers black-and-gold color scheme. Typically there’s a base coat of one with significant detail accents in the other. These often take the form of sporty racing stripes to reinforce the athleticism of the Durango or PT Cruiser.

Additionally, the owner needs to have decorated his or her ride with the team name, insignia, and/or other after-market über-fan branding in a (semi-)permanent fashion. Those clip-on game day window flag attachments ain’t going cut it.

These vehicles are almost entirely of the Steeler gold color, but with enough black detail work that we can assume the color selection was no coincidence. They must also be outfitted with Pennsylvania plates and be located in metro Pittsburgh or be spotted in one of the Heinz Field parking lots. Otherwise, it just starts to get too iffy.

Type B Steelersmobiles won’t, however, have the explicit labeling that’s required to be A-1 prime. We imagine that’s where a lot of spouses have drawn the line. Honey, you can have the bright yellow color, one might say, but you don’t get to put your football stickers all over my brand new Grand Cherokee. If only congress could achieve this level of compromise. 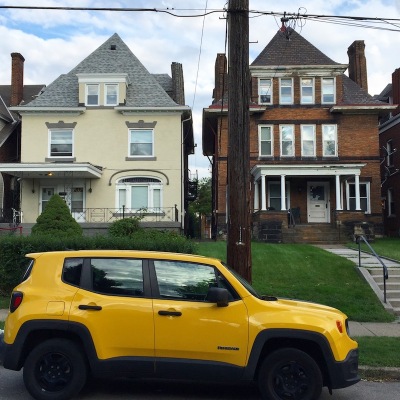 The vaguest of the bunch. Type C Steelermobiles are painted predominantly in our old friend PANTONE 1235, but with no other identifying visual. In any other metropolis, the lollygagging ne’er-do-well spotting this vehicle on the street would simply remark on its garish electric orange-yellow paint job and move along. But in metro Pittsburgh, that particular color takes on a very special meaning.

This one brings up all sorts of psychological questions. Did the owners of these vehicles choose the color simply because they like bright yellow? Or instead because they’re die-hard football fans? Would they consider themselves in the category of the former, yet be subconsciously swayed to the latter by the pure osmosis of Mike Tomlin’s juju? It’s a heady subject, indeed. 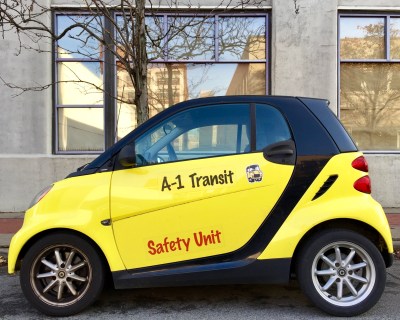 Type A: [Steelers logos on other side], East Liberty

As we know, correlation is not causation. Also, there are plenty of gold/yellow cars owned by people outside of Allegheny County who couldn’t give a damn about professional football. Some will dispute this whole theory. It’s a pretty weak frame to hang an investigation on, sure, but hear this blogger out.

The sheer volume of local cars and trucks tricked-out in electric Steeler gold makes this a phenomenon worth our attention. The dozen or so photos collected here are but the tip of the iceberg–there are so many Steelermobiles around town that we simply stopped bagging them after a while due to the incredible overload of options. 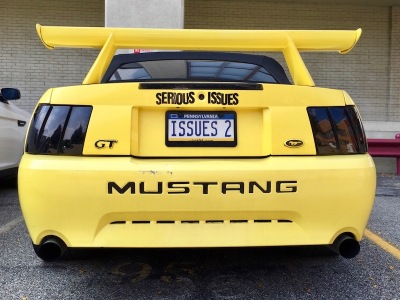 Gone are the days (sigh) where the true faithful hand-painted their pop-up campers and shaggin’ wagons in team colors for the Sunday ritual. [Yes: we’re doing our best to collect these as we see them, but they’re few and far between.]

Like the players on the field, the bleacher crowd has moved on to a whole other level of box seat business professionalism now–factory-perfect paint jobs, mass-market team-official decals, license plate holders, and trailer hitch covers. Like punk rock apparel sold in chain stores at the mall, the fans have come out of the closet and parallel-parked their fleet of high-gloss war machinery right out front for everyone to see it. 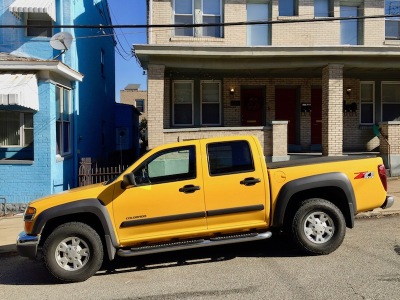 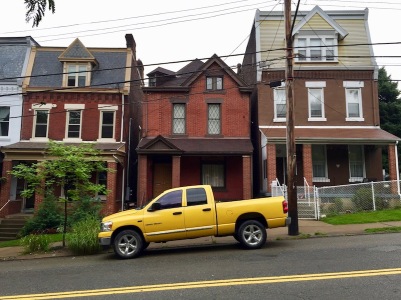 Type A: [with “Lord of the Rings” license plate frame and team logo trailer hitch] Bloomfield 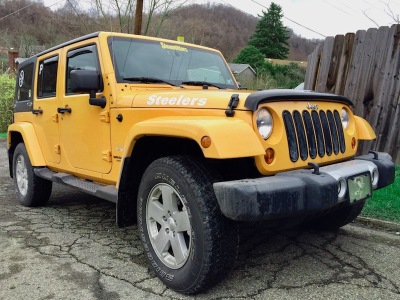 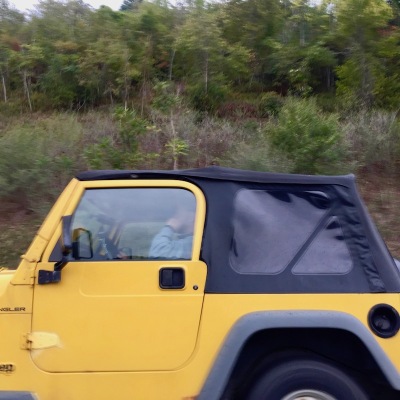