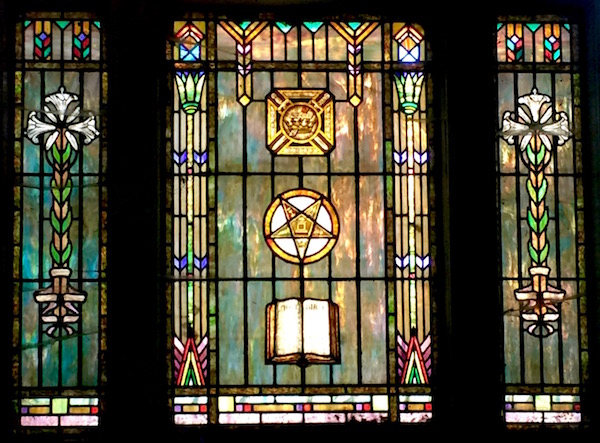 Seeing the world through the Orbit eye. Those words came to us a while back from superfan Lee, and we accept it as the ultimate compliment. Lee still requires corrective eyewear–so be warned that Pittsburgh Orbit is no substitute for Lasik–but we think we know what he was getting at.

If Orbit “reporting” has taught us anything at all, it’s to always take another look. Lose the expectations and open up the senses. Point those peepers everywhere you can: down the alley, around the corner, on the pavement, up in the telephone wires, and through the crack in the window. Like Irene Cara said: take your pants off and make it happen. What a feeling, indeed. 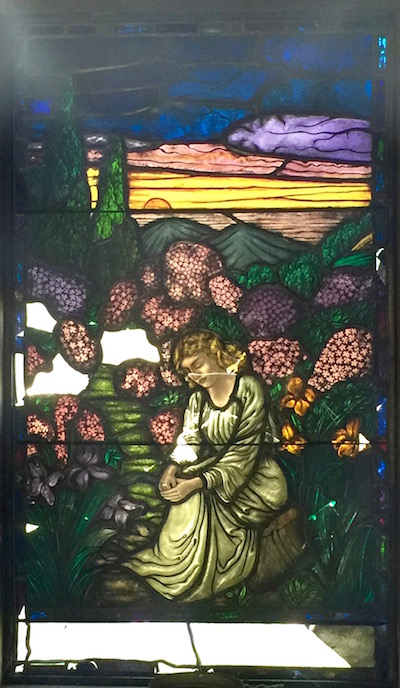 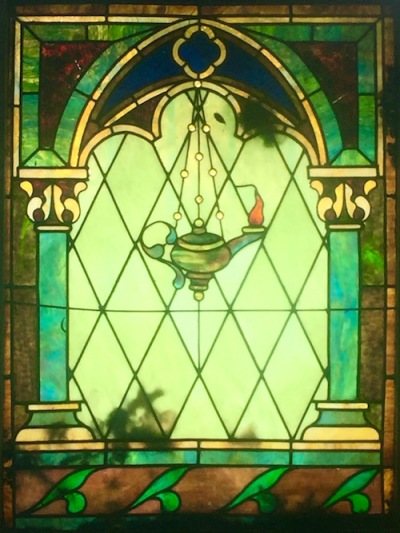 Unknown (possibly Krey, based on nearby cenotaph)

One of those spots, attentive Orbit readers will have anticipated by now, is through the thick barred grates, cobwebbed glass, and musky air of the ornate mausoleums at our historic cemeteries. Pittsburgh is sitting on a bunch of these.

This blogger has walked through, bicycled around, picnicked in, and shutterbugged Allegheny Cemetery literally hundreds of times over the last couple decades. Allegheny’s collection of mausoleums isn’t quite as spectacular as the rock star ones we toured with Jennie Benford last year at Homewood, but it’s nothing to scoff at.

The mausoleums act as both beacons and exclamation points on the rolling landscape and much of the art deco and faux-Egyptian architecture is really astounding. But for whatever reason, we rarely ever took the opportunity to shade the eyes and poke the schnoz in to check out the interior spaces. 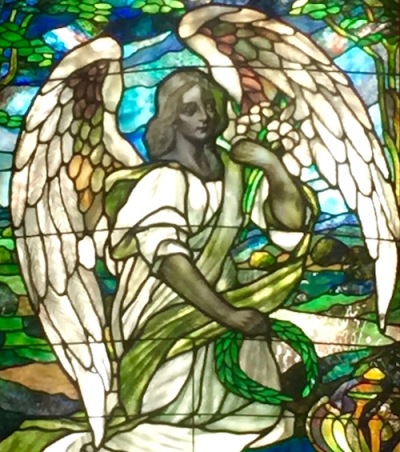 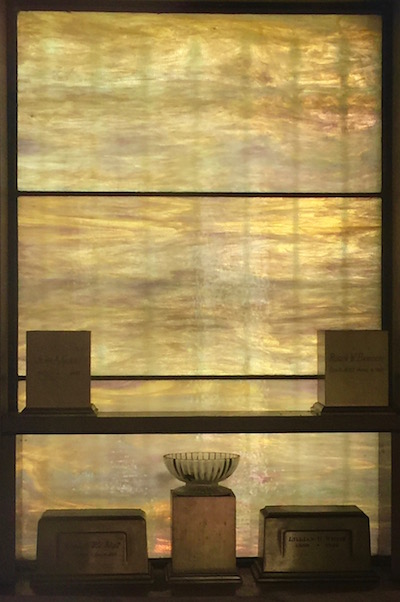 I’ll tell you: it’s not an easy thing to do. The average mausoleum–in Allegheny Cemetery, at least–seems to have a pair of thin, highly-decorated entry doors, each behind some version of vertical iron bars or decorative scrolled metalwork. Half the time, the original door locks are still in use, if not, there’s an awkward after-market steel chain and padlock lashed around whatever it can grab ahold of.

If you can see much inside, it’s typically a narrow passage, just wide enough for a person to turn around in, flanked by the celebrated residents’ crypts. Sometimes there’s just one of these on either side; others are stacked floor to ceiling. At the rear of almost every mausoleum is a stained glass window providing the only natural light outside of the shaded entry doors.

So to look inside a mausoleum is to peer through several layers of obfuscation, from the outside daylight into a darkened interior that may have had a hundred years since its last human visitor. 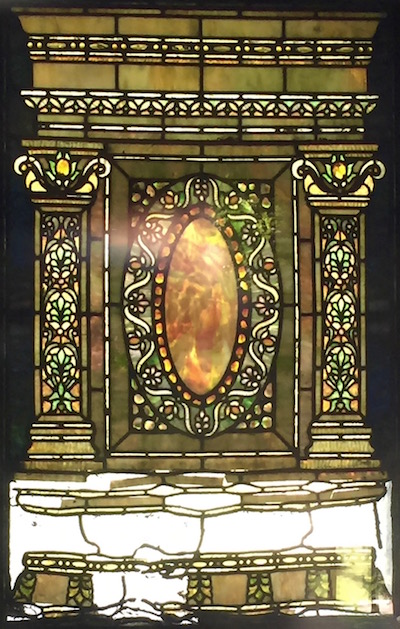 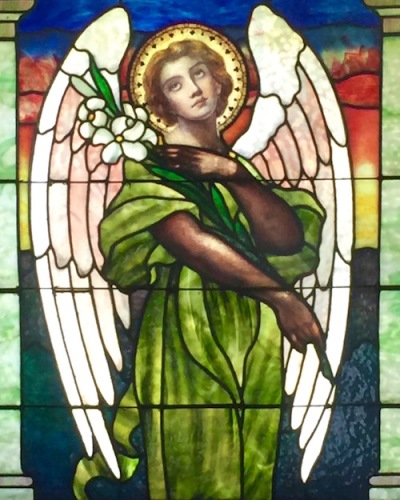 And what do we get to see in the stained glass? In a word: flowers–lots and lots of flowers. Flowers in vases, flowers in gardens, ornamental flowers, and flowers held by angels; lillies of the valley and daffodils of the foothills. We only included photos for a few of these; the flowers are quaint, but they’re just not that exciting.

Beyond the flora, however, there’s some pretty neat stuff. An old-school oil lamp dangles under an arched cathedral window with ghostly leaf shadows backlit from the outside; angels appear with painted-on faces, doe-eyed and calming; and, of course, in that chestnut of mortal symbolism, the sun sets over and over again in Mausoleumville.

There are also the broken panes. Windows whose heavy weight, coupled with a hundred years of un-climate-controlled Pennsylvania weather, eventually overburdened the lower sections. Individual colored pieces have popped out and cracked, leaving the windows looking like incomplete paint-by-numbers; the unimpeded sun’s glare the brightest element in the tiny space. 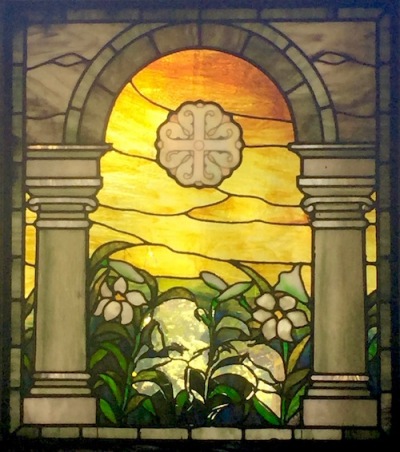 Is it worth a trip? Well, Allegheny Cemetery is absolutely worth all the time you can give it–even if you don’t want to squint into (silent film star) Lillian Russell‘s final repository. But while you’re there, yeah, you should neb into whoever’s crypt you can. The Sheets and the Kreys and the Sproal-Splanes don’t seem like they’re coming around anymore, but don’t worry; we’ve got that Orbit eye looking out for them.