On Sunday, we ran our first year-in-review post on The Orbit’s greatest hits for 2015. They’re not all blockbusters, though. In fact, the gap between rich and poor turned out to be pretty huge with the hot dogs outpacing the small fries by a good thirty or forty times.

Looking over the list, we think there are a lot of really good stories that ended up in this statistical gutter. So the Orbit staff took a gander at the underperforming members of the team and made some choice selections to give a handful of these bottom feeders one more chance to exhibit themselves. These may have all tanked at the box office, but they’re Oscar contenders in this blogger’s mind. They’re presented here in chronological order by publish date.

Our very first blog post–and what a good one to kick off with! The story of stumbling across a strange painted rune reading H.W. 46 FT. 3-18-1936 wrapped around the sharp corner of big former factory building in Manchester. The consideration of what that awkward code might mean and the hand-to-forehead revelation of what it actually signifies is what this blog is all about. Check this one out, or prepare to get washed away when the next big one comes.

There were a number of “stories” this year that were really just excuses to package up like-minded photographs we enjoyed and crack wise in one way or another. Among these was a fun one on how great snow and trains look together, a bunch of things that ended up (on purpose or otherwise) with the colors of the Italian flag, and a first visit to the great Forest Hills landmark ex-atom smasher.

In The Over-the-Wall Club, we introduced a very Orbit theme of what’s on the other side? A low-brow and low-clearance street-level pondering of both grass-is-greener pedestrian curiosity and the invention of mysteries of the everyday. Get out of the car, bring your coffee mug, and let’s get together over-the-wall.

A Visit with Jimmy The Greek (April 19) 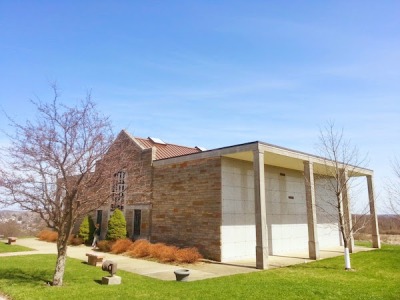 If you can’t use your blog as an excuse to visit the mausoleum of a disgraced sports betting guru/TV football prognosticator like Jimmy “The Greek”, well, you’re doing it wrong. This Orbit day trip took us out into bright spring sunshine, over the state line, (technically two state lines) and led to a bonus Russian Orthodox onion dome church visit for a story that ended up running the following week.

Ben Blanchard introduces our readers (at least, a few of them) to the quasi-sport/weird hobby of “highpointing” through an Orbit-organized bicycle-based trip from Pittsburgh’s lowest to highest points (we’re talking altitude here–we never made it to see Fungus at Thirsty’s). Along the way we get some nice vistas of the river, trails, Riverview Park, and, of course, the highest point in the city of Pittsburgh, just past Observatory Hill. Then we went for beers at a bar called Rumerz.

The best stories are ones that take a left turn. This post started as a little musing about college kids in Oakland repeating what’s by now a common benign prank you can see all over the place and turned into a fun little exercise suggesting, asking–hell: begging–for a new generation to take it up a notch and do a Pittsburgh version. [Comedy 101, dudes: it’s yes, and…] [You really couldn’t think of our mayor Bill Peduto?] As far as we know, no one has taken The Orbit up on this recommendation, but then it wouldn’t have made the sleepers list if anybody had read it!

A perfect Orbit story, gift-wrapped in a re-seeded vacant lot and majorly-weathered ghost sign at the site of the longtime Squirrel Hill institution Poli’s. It had everything: a tragedy, a ghost building, a ghost sign, an obit we wen’t qualified to author, and one awkward vestigial pedestal with no clear future, but many possible uses and outcomes. If it’s not obvious, this blogger really liked this story, even if our readers didn’t hep to it the first time around.

We spent a great deal of October cruising Pittsburgh’s glorious cemeteries and ran a bunch of different stories on our adventures. This one on the weird, redundant, and debatably in-bad-taste phenomenon of decorating grave plots for Halloween that happens every year at Allegheny Cemetery was a lot of fun to report and write. Apparently not so much fun to read.

Another story from “Cemetober” that had so much to talk about we broke it into two parts. Hell: we even pitched this one to one of the many local alternative weeklies (ahem), but those bastards couldn’t even write this blogger back! Phooey!

Anyway, this pair of posts on the deeply-affecting, minimal, highly-personalized homemade grave markers found deep in the back of Highwood Cemetery on the North Side raised all kinds of interesting ideas. The expectation of “permanence” in a grave, the marker’s relationship to the living, and the seemingly inverse correlation between amount of money spent on the headstone vs. recency of visitation among them. If you’re going to check out any one story on this list, consider making it this one. 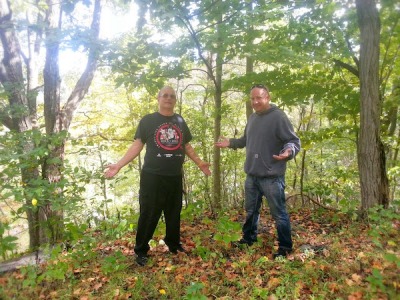 Talk about a blog-based roller-coaster ride! The tantalizing tale of a (pre-suburbia) Monroeville hilltop hillbilly underworld chop shop, its post-incarceration deep woods junkyard, and the inevitable nature-without-man image of trees growing through Studebakers was as in-Orbit as they get. Unfortunately, by the time Moskal & Son led us back to their old haunt, the place had been scrubbed clean…almost. But then it still turned into a fun story! … and then nobody read it. Sigh. 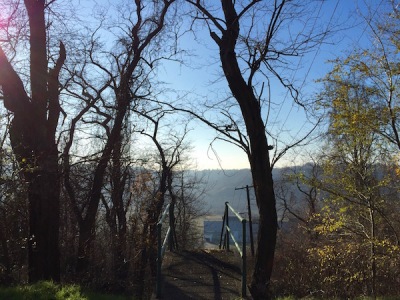 Now, in part 1 of this year-in-review we talked about how much people like the city steps stories, but then we ran this really nice one on the neglected Tullymet Street steps and nobody gave a tinker’s dam! There’s just one explanation for that: step snobbery! Yeah, you heard me–if they’re the longest steps or you’ve got Romeo o Romeo calling from the landing, sure. But you try to talk anyone into hiking Hazelwood and you’ll get the same pass our readers gave this story. Freakin’ step snobs.