I only became aware of Al Hoff’s City of Sad Toys right at the end. So late in the game, in fact, that by the time I started submitting photos, the blog had already ceased to publish any new content. [Note to self: consider Rejected by Sad Toys as potential memoir title.] That was four years ago.

“Sad toys” are pretty much what they sound like: lost, discarded, maimed, or otherwise on-the-loose playthings, often photographed in the comically incongruous settings of other urban flotsam. City of Sad Toys still exists in whatever perpetuity Blogspot grants its lapsed authors, so we encourage our readers to check it out while you still can. Al generously offered to hand the keys over to this Johnny-blog-lately fan, but as we’re more Rupert Pupkin than Rupert Murdoch, we’ll stick to just one global media enterprise.

In Al’s hands, the definition of “toys” was extremely liberal–the blog accepted sports equipment, cake toppers, board games, and party decorations among its sad clientele. This is of course all fine, but The Orbit considers these outliers as merely middle-of-the-mall sad toys; the only real anchor tenants being stuffed animals and downtrodden dolls.

Despite the official blog’s inevitable denouement, our digital shutters never stopped virtually clicking and blogs exist largely for us citizen-journalists to, in Al’s words, “do whatever [we] want!”–including important work like publishing photos of filthy fake fur. Here then, we’ve collected a nice little set of Pittsburgh-area additions to share in this Orbit tribute to a great photo genre: the sad toy. 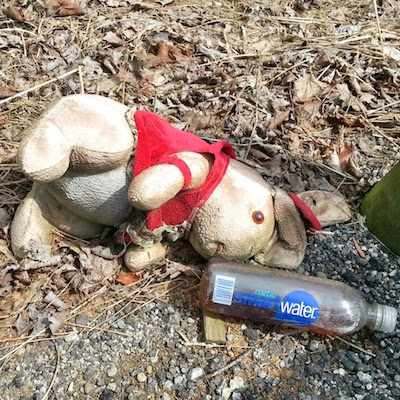 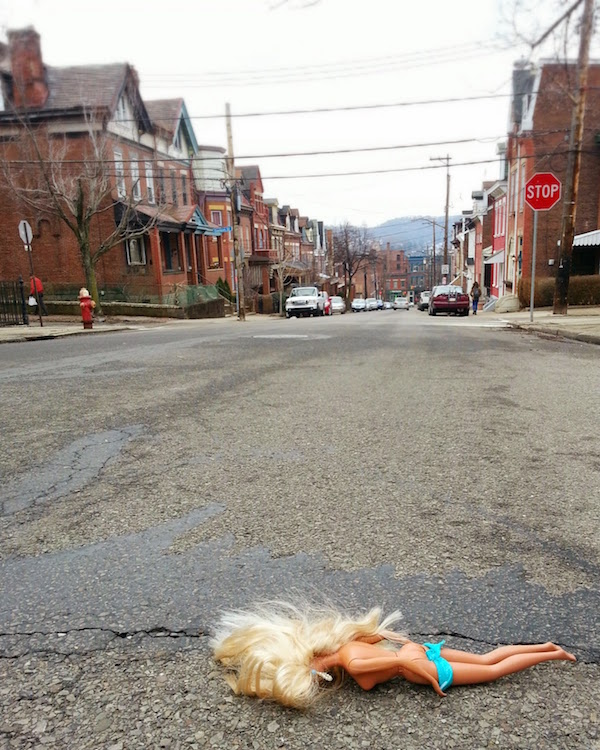 3 thoughts on “A Salute to The City of Sad Toys”