Outside Art All Night’s home for the last couple years

Art All Night.  That most democratic of all one-day, all-night, anything-goes art “happenings.” It’s one of the reasons The Orbit took up shop in Lawrenceville some fifteen years ago and, at least for the moment, it’s still going strong.

This past weekend was Art All Night’s eighteenth year.  We were there seventeen years ago for event #2 in the former G.C. Murphy’s on Butler Street (now Rent-a-Center).  Back then, that medium-sized retail space was over-large for the hundred-some pieces of artwork that walked in the door and the couple hundred event-goers there to check them out. The art was hung, as I recall, on old Murphy’s pegboard, before the advent of the now-standard OSB and 2×4 panels.

Even in its embryonic state, this blogger-to-be was hooked.  We bought our house right up the hill a year later and I was volunteering for the event the year after that. My contribution has dwindled to just the big build-out day, but my conscience won’t let me not show up at all.

Art All Night is in the weird position of being a victim of its own success.  The elephant in the warehouse-sized room is that the event won’t be around forever; Lawrenceville is just running out of the kind of giant, vacant real estate that can still accommodate thousands of visitors. This year’s building is slated for (at least partial) demolition and redevelopment, which is sad, but also makes perfect sense.

I didn’t take any big group shots of the thousands of people who packed the massive five-bay industrial building where the event took place this (and last) year, nor did I try to capture any of the many performers (some 40+ musical acts, dance, improv comedy, live painting, a guy trying to set a world record for human beat-boxing, etc.) or wacky crowd figures (Abe Lincoln, “The Cowboy,” the rubber men, guy with Christmas lights under his furry coat, etc.).

There are many great things about Art All Night, but ostensibly, the event is about the thousand-or-so objets d’art that manage to make their way into the space that afternoon and up on the panels, or along the walls, or spilled along the floor for the world to see mere hours later.

There is great art, for sure, but in the shotgun blast of raw expression, joke art, quirk, deviance, desire, and beauty that is rushed onto the particle-board panels, it’s the ones that scream the loudest that seem to make the event the most memorable.

It is in that spirit that I thought I’d just feature some great examples of what we consider “classic Art All Night”–whether that speaks to cliche or repetition or simply some base human mode of expression is up for debate. Presented are individual examples of this year’s entries and the various itches they scratch.  Enjoy.  I know I did. 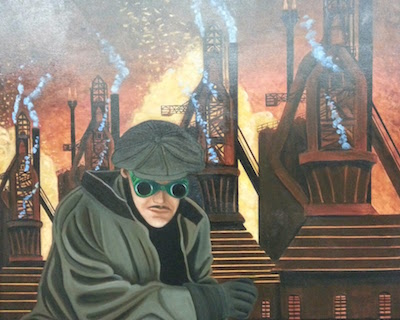 Time to wash the hands (again)

This is nothing to those halcyon days of the early oughts when a guy could cover an entire 8′ x 4′ display panel with an imaginary city, complete with all transit routes and street names, mapped out on graph paper and executed in mechanical pencil. 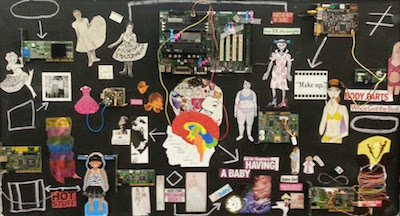 Under-represented this year were the big poster boards loaded up with (literal) ripped-from-the-headlines newspaper clippings (another casualty of the death of print!).  These would often be accessorized by a top layer big message: WAR? or Progress? or Justice? There were some nice sentiments on the evils of bearing children (one complete with a dangling flaccid condom), but it just wasn’t the same. 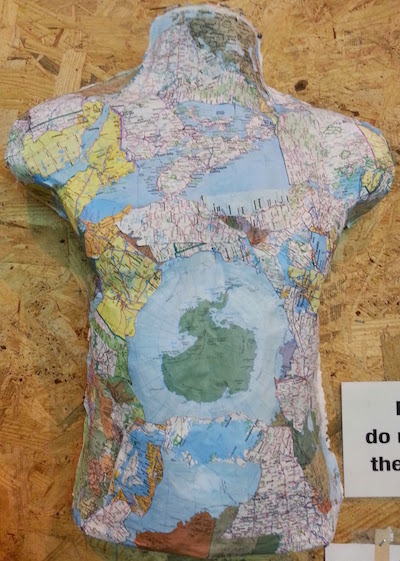 Maps/torsos OR “That’s not my belly-button!” 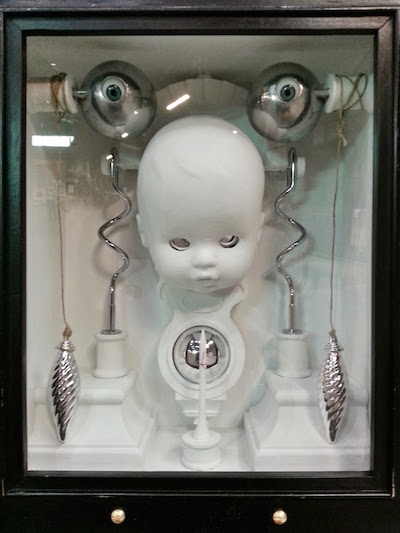 I love the pseudo-science entries–and this was a fine one–but the genre lacked quantity this year. 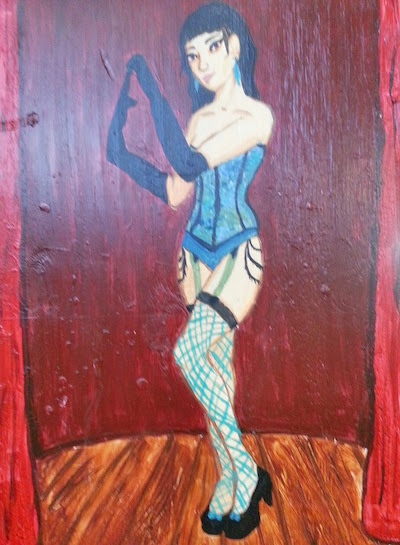 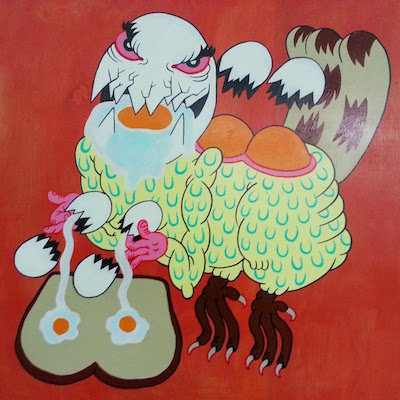 Which came first: the chicken or the … ah, jeez 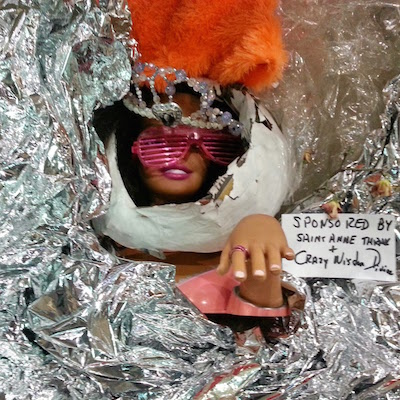 I heard a number of people remark that it felt like the total amount of art was down from previous years. Maybe that’s true, or maybe it’s just the way the space and panels were used. Either way, my remarks above definitely include a lot of sentiments around missing some old friends.  Ah, well, maybe next year.