The “dead mall” phenomenon is certainly not anything unique to Pittsburgh.  It’s been documented in sites like deadmalls.com and articles like a recent New York Times piece on “the economics and nostalgia of dead malls.”  For those of us old enough to remember when the local shopping mall was the predator, not the prey, it’s almost inconceivable that these retail-draining, downtown-killing behemoths could ever be ousted, but whether it be the Internet or competition cannibalizing their own, it’s for real, and it’s happening everywhere.

The Century III Mall, located in the borough of West Mifflin, in the southeast suburbs of Pittsburgh, is not technically dead.  It is, in fact, still open for business, with anchor tenants and a relatively clean and cared-for interior.  It maintains three anchor tenants (with Sears having recently pulled-out), a two-restaurant food court, and just enough open businesses to think they may draw a crowd on weekends and the run-up to Christmas.

That said, it’s probably only a matter of time.  The mall is supposedly only 40% occupied, down from 80% ten years ago, and walking through on a recent Friday afternoon there were next to no customers in any of the remaining stores.  The clerk at the jewelry kiosk was clearly asleep. 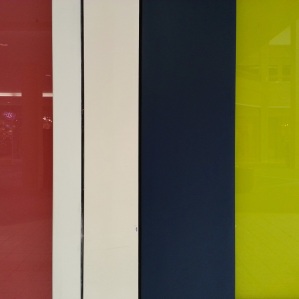 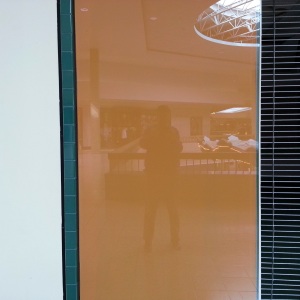 Century III does have a uniquely Pittsburgh backstory, though, connected to the steel industry right at the end of its reign on the region’s economy.  The Wikipedia article on the mall summarizes well:

The name Century III was conceived at the time of the nation’s Bicentennial, making light of the time at hand – the advent of America’s third century. When the mall opened in 1979, it was the third largest enclosed shopping center in the world. The site is a recycled former U.S. Steel industrial area, a huge slag pile once known as Brown’s Dump. Slag, a waste product of steel making, had for years been transported by rail cars from the mills of Pittsburgh to this once remote valley.

This transformation of the ultimate brownfield–a steel industry slag heap–into a bright and shiny shopping mecca must have made business section headlines all over the place.  But its (seemingly inevitable) demise at this point is now a sad ashes-to-ashes, dust-to-dust, slag-to-slag parable of retail in the twenty-first century.  It’s unlikely this particular heap will last the sixty-some years it would take for it to reach Century IV.

Century Selfiii: the author, fractured and alone at the mall