The Orbit has absolutely no idea who browses its electronic pages. But if our readership is at all statistically similar to the rest of America, at least half of you don’t vote regularly. That cruel reality absolutely flips the wig of this blogger–and lifelong voter. I just don’t get it.

If you really don’t care about your fellow human beings, government accountability, or the future of the planet we’re all leaving your children–let alone your own self-interest–maybe then you shouldn’t be voting. But for everyone else, there’s just no reasonable excuse.

We’re not going to get in the business of telling anyone who to vote for. Rather, we’ll toss out a handful of things to consider, meme-style. The following issues–and plenty others–are on Tuesday’s ballot. The photos–all pulled from the Orbit archives–hopefully point out Tip O’Neill’s old quip that “all politics is local.”

Please consider getting your keister down to the voting booth on Tuesday … and nag your friends, family, and co-workers to do the same. It’s really important.

A picture of health. Downtown Monessen could use some affordable care.

Diorama on Donora’s role in the history of the Environmental Protection Agency, Donora Smog Museum

There are better methods of addiction treatment out there. Anti-drug message, Clairton.

Hell, let’s try “smart” for a change. Sarah Jessica Parker and Bruce Willis in a scene from “Striking Distance.” 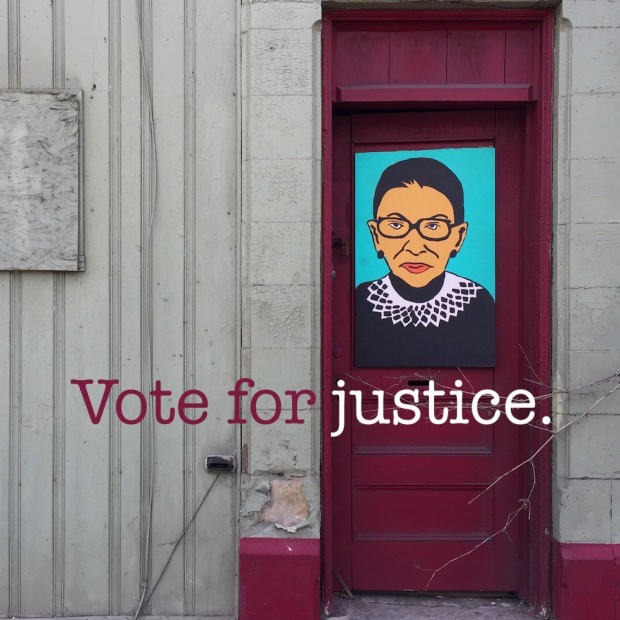 Someone needs to save us, and it ain’t going to be dudes. Delli Speers, volunteer for Pole-2-Polls.

If they can do it, so can we! Artist Charlie Wallace and his piece “Freddie Mercury and Darth Vader,” Vault Gallery, Garfield 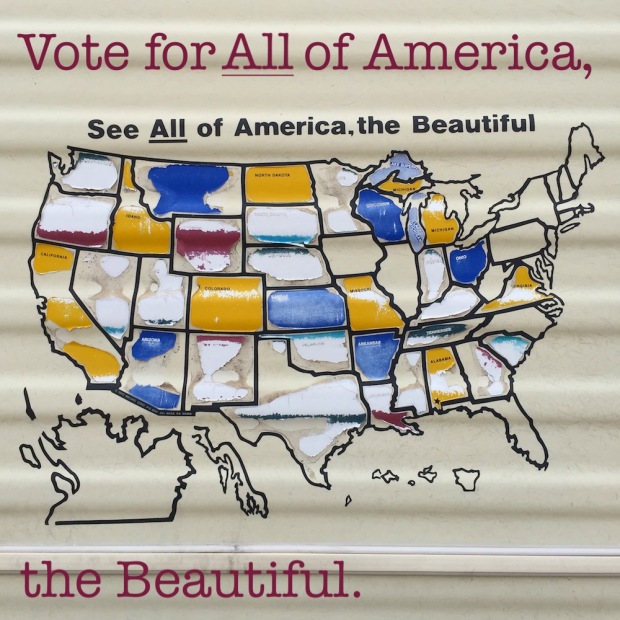 There are no red states and there are no blue states. There are only peeling-off states. Winnebago decal, East Liberty 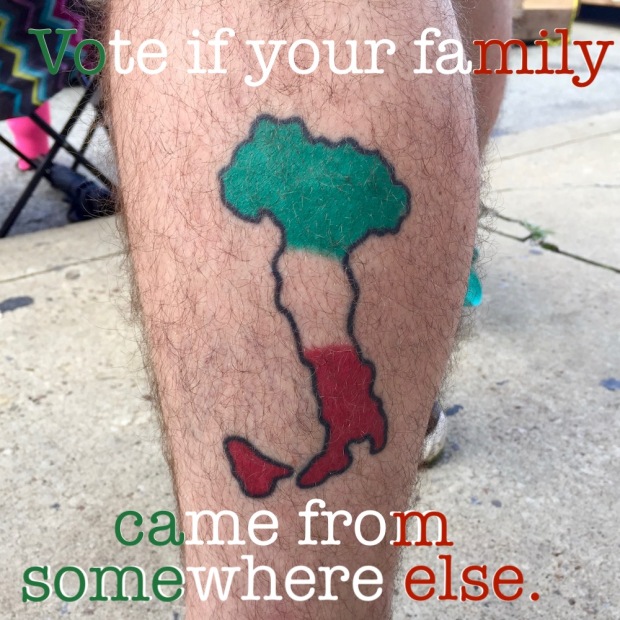 Love may be fading, but it ain’t gone. Storefront window, Clairton.

One thought on “Election Special! Meme the Vote: Fourteen More Reasons to Pull the Lever on Tuesday”

The new (I think?) @doubledogstudios gallery in Carnegie is a really terrific space and first show “They Taught Themselves” (outsider artists from Pittsburgh) is a sock-knocker-offer of the highest order. Recommended.
Tomorrow on The Orbit: We check in with Mary from the childhood home of Dan Marino, Andy Warhol, and Bruno Sammartino.
Finally found a way out.
Man, fortune smiled this morning.
Anyone out there in Orbitland know who’s doing/organizing these paintings on abandoned houses in Wilkinsburg? Would love to interview her/him/them for an Orbit story.
It’s for my bac (sic.) but by a man’s hand.