To win the Stanley Cup–the legendary trophy of professional hockey’s ultimate championship–is quite a feat. The Pittsburgh Penguins played 106 grueling matches between October 8 and last Sunday, finally besting the San Jose Sharks to become National Hockey League champs of the 2015-16 season. It is the team’s fourth Stanley Cup victory since its inception in 1967. 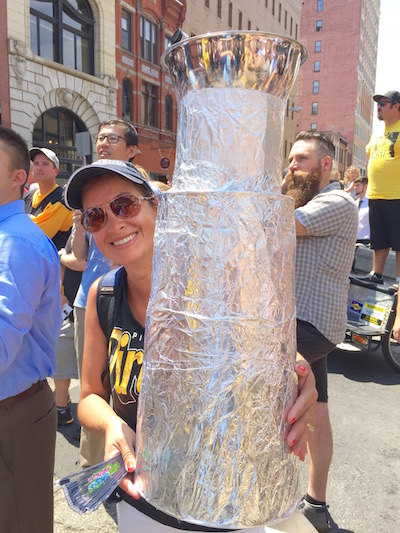 It turns out, though, that to own a Stanley Cup isn’t nearly as difficult. All it takes is a five gallon paint bucket, one medium salad bowl, some duct tape, and a roll of tin foil. Phil Kessel and Patric Hörnqvist no doubt put in countless hours–hell, years–training, conditioning, and carbo-loading for this honor–and they don’t even get to keep the cup! For Jane or Joe Fan, a well-focused half hour in the basement can bring home a fine facsimile of hockey’s ultimate prize. This efficiency even leaves time for some optional carbo-loading of their own. Many of these D.I.Y. Stanley Cups made the trip downtown for the Penguins victory parade on Wednesday. 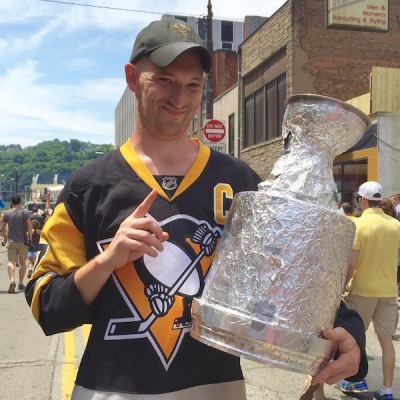 It’s a curious motivation, bringing your own faux Stanley Cup to a parade featuring the real deal. What if, say, Michael Rapaport or Curtis Armstrong showed up at the Academy Awards with an “Oscar” homemade from the top of a bowling trophy? Or if, I don’t know, Limp Bizkit or Hoobastank loitered outside the Grammy awards ceremony with the woofer from a boombox nailed into their mother’s jewelry case? Maybe they do–heck, this blogger hopes they do! It would definitely be cool, but also a little weird.

Regardless, the fans that create these tribute trophies are obviously dedicated beyond the run-in-the-mill “Gold Rush” shirt-sporters or “White Out” towel-wavers. They sacrificed an eight-quart mixing bowl and a day of vacation to go to town with 400,000 like minds and at least a couple dozen other not-fooling-anyone Stanley Cups. The Orbit wholeheartedly salutes them, their enthusiasm, and their creativity. May we fill Pittsburgh’s cupboards with Lord Stanley’s dishware. 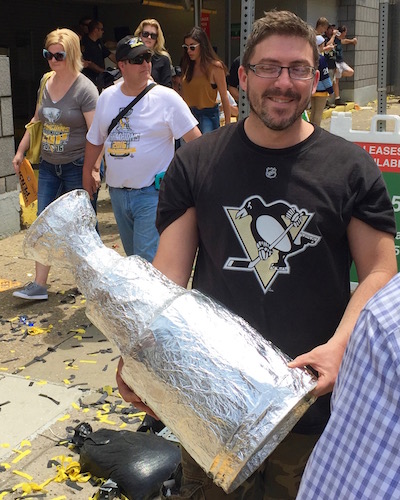 Welcome home, Lord Stanley, we have much of your dishware.