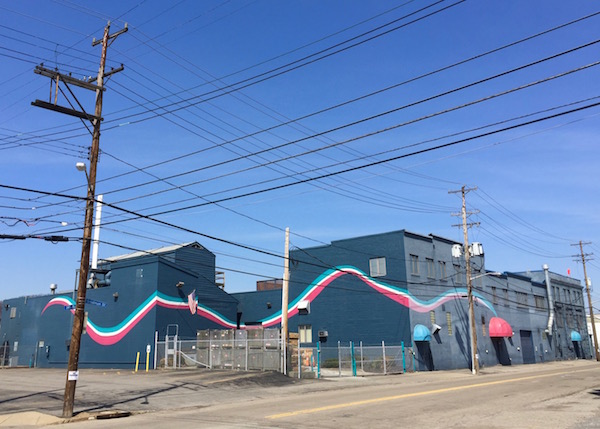 The story was a little too good: little Pressure Chemical was the home of the mood ring–and they had a wall of the objects as mementos in the offices of their Lawrenceville plant. But, as sophisticated Orbit readers know, don’t believe everything you hear.

It turns out, though, that the story is half true–or, at least, partially true. Pressure Chemical was indeed integral in the production of the mood ring, that most iconic groovy fashion fad/accessory of the 1970s–and it’s one that’s still available today, unlike the pet rock.

Mood ring. Green is alternately “normal,” “active,” “romantic,” or “jealous,” depending on the chart. [photo: the Internet]

When we want answers, you can bet we get them. The Orbit staked-out Pressure Chemical’s Smallman Street building and weren’t leaving until we could go all the way to the top. O.K., we actually just got really lucky and CEO Larry Rosen happened to walk out the front door before we could even get to the buzzer. Even on his way to a meeting, Rosen was friendly and took the time to answer all of this blogger’s questions about Pressure Chemical’s involvement with the 1970s fad, the legend of the wall of mood rings, and the building’s most recognizable feature, its multicolor flowing stripe.

Rosen confirmed that yes indeed, back in the 1970s heyday of the fad, Pressure Chemical brewed the liquid crystal component that actually makes the rings’ color change. No mood rings were manufactured in the facility, nor is Pressure Chemical currently involved in producing material for the still-available accessories. And no: Rosen tells us there is no such thing as a wall of mood rings in the office. Sigh.

As for the Pressure Chemical building’s most recognizable decorative flourish, Rosen told us that a few years back the Lawrenceville Corporation was helping out with facade beautification grants and the company took the opportunity to paint the exterior of the building its present deep blue with the tri-color wave/stripe that wraps around the entire facility. He’d like to repaint the front, but the proximity of power lines make it an OSHA violation to paint while the electricity is live. The rest of the building has since been repainted. 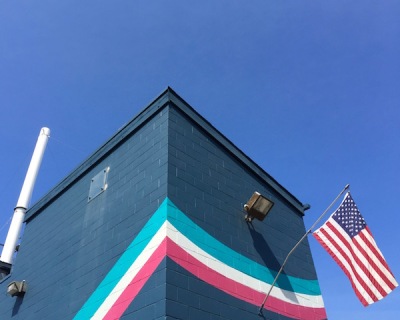 So, in the end maybe we didn’t get to bag the great photo of a spread of mood rings mounted to Pressure Chemical’s waiting room wall. But we can still dream of a place where such a thing exists, each of their liquid crystal bits glowing in slightly different temperatures as if ghostly disembodied fingers fill them all at a grand family reunion. We’ll always be in the mood for that.