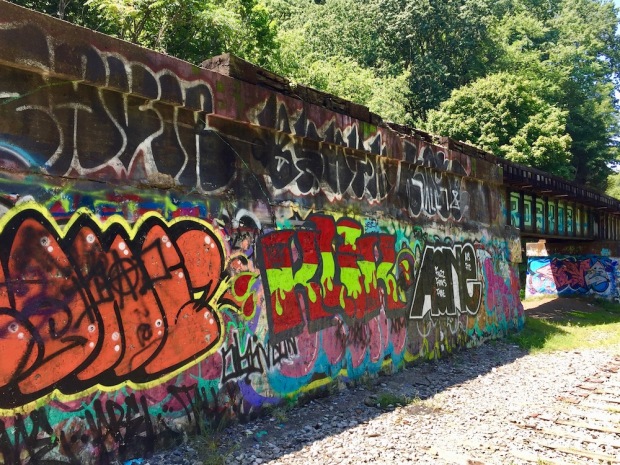 It’s not an easy thing to do–hiding a 22-acre green space right in the middle of a city. But that’s just what seems to have happened here.

On the one hand, Seldom Seen Greenway seems incongruously named. The medium-small park is at a collision between the steep wooded hillsides on southwest side of the city and a criss-crossing of old urban infrastructure. What remains has been graffitied and tagged-up; footpaths are littered with the broken glass of a hundred beer bottles. Go there on a sunny Sunday, like we did, and you’ll encounter casual hikers canoodling and doobie-smokers cave-huffing. In short: enough folks have managed to visit and leave their traces that this place is at least somewhat seen. 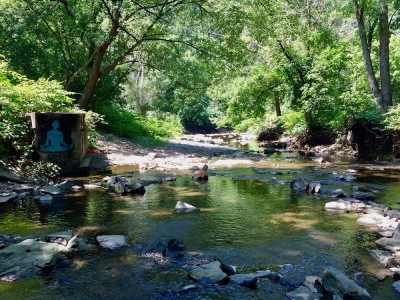 By any other measure, though, Seldom Seen is legitimately a secret among its peers in the city parks system. There’s no signage to point you to an entrance and getting here is neither either easy nor obvious. A placard near the tiny parking lot states Est. by the City of Pittsburgh, 1985 and Given by the Western Pennsylvania Conservancy but neither entity wants to claim it.

The CitiParks web site lists several dozen–maybe a hundred–different parks in city limits. These range from gigantic Frick, Schenley, and Riverview down to individual basketball courts and corner-lot playgrounds, but it makes no mention of Seldom Seen. The Greenway is just as invisible on the WPA Conservancy site.

Technically in Beechview, Seldom Seen is really nowhere–off-road along an anonymous stretch of Rt. 51, downhill from Mt. Washington, and just east of the West End. I’ve been in Pittsburgh for 24 years and yet I don’t know anyone who’s been there. It was time to go check it out. 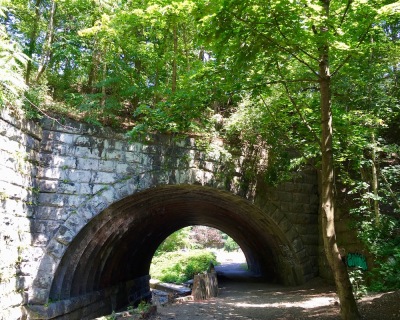 Acting as both entrance gate and its most prominent single feature, the Seldom Seen Arch, a creek-spanning stone-and-brick railroad bridge, is worth the trip all by itself. A Pittsburgh History & Landmarks plaque informs us the arch was constructed in 1902 and features the kind of masonry craftsmanship one worries has been banished from this earth.

The particular design has a series of tiered, stair step-like half rings that are each offset from the previous layer by a width of two bricks at the base. At the point directly overhead, everything flattens out; by the opposite wall, the layer order has reversed. It’s really a remarkably beautiful construction for something as mundane as the underside of a small railroad bridge in the woods. I’m afraid no single photograph will do it justice, so if you like this kind of thing you really need to go see it in person. 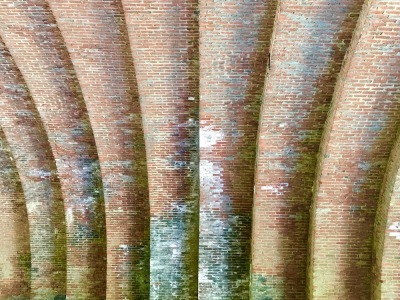 Infrastructure around train tracks is something of a theme at Seldom Seen. There are at least three different trestles the visitor walks under/around in the relatively short span of a hike here. Neither of the others are as spectacular as the arch, but they all offer great thing-in-the-woods scenery, dramatic shadow forms, and opportunities for exploration. 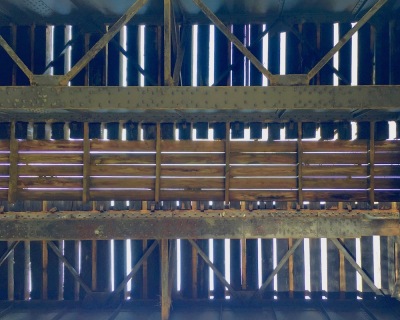 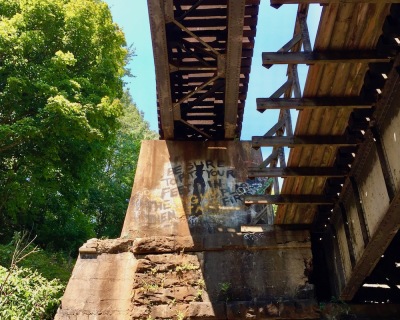 Of course, the real attraction of a place like this is the open nature one gets to explore and Seldom Seen has that in abundance. Little Sawmill Run flows slowly on a crooked course through the venue. Here in Pittsburgh’s dry season, it’s obvious the water is at a low point, allowing easy walks out into the middle of the slow creek on various stone patches. Likely the full width of the creek spreads out considerably in rainier times. 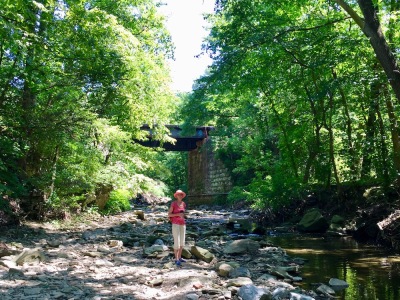 While north of the creek is relatively flat land where a couple short hiking paths lead through the woods, the other side tells a different, more dramatic, story. Rising up from the water’s edge is a steep hillside that appears to go straight up for at least a hundred feet–all of which is covered in a thick wood. 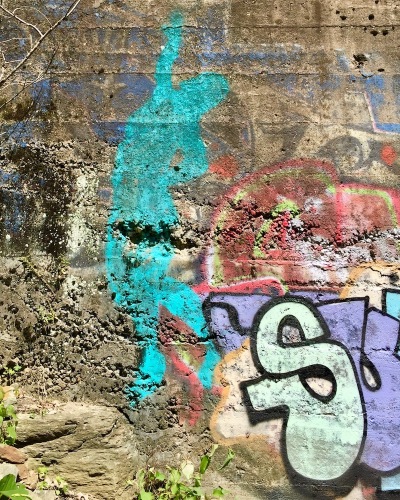 Together, Seldom Seen Greenway is a beautiful collection of elements that feel uniquely Pittsburgh: steep hillsides, lush deep green overgrowth, industrial history, a kids-in-the-woods/troublemaker paradise, and nature-without-man benign neglect. Its status as no one-wants-to-claim-us park/not-a-park only makes it moreso.

It took me 24 years to make it here–heck, it took me 20 years just to hear about the place! You know about it too (at least, now you do) and there’s never been a better time to check out a place where you’ll encounter few other humans and lots of fresh air. 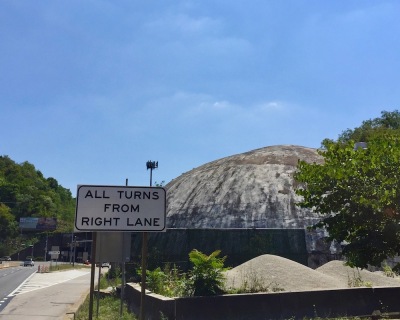 Getting there: turn at the Rt. 51 salt dome!

Getting there: The first rule is don’t rely on Google’s directions! If you do, you’ll end up at a small industrial drive surrounded by the wares of an apparent flag merchant. This is interesting in its own right, but it’s not the Seldom Seen Greenway.

Sadly, you do need a car* because one has to drive on the highway. There will be no road signs for the Greenway. You can only get there from the south-east-bound lane of Rt. 51/Sawmill Run Blvd. Just before you get to Woodruff Street, there’s a BP station and then the tell-tale DPW salt dome. Take the little turn-off and there will be a small parking lot with a little sign telling you you’re in the right spot. You won’t miss the arch.

* Perhaps one could walk from the back side of Mt. Washington (Woodruff Street), but it ain’t recommended. 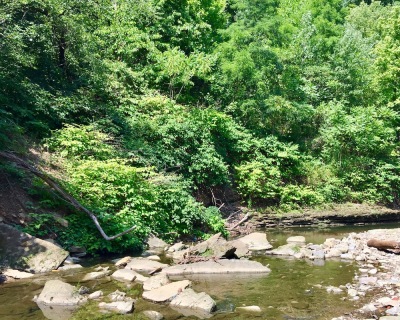