If congress ever grants Puerto Rico the right to become America’s fifty-first state, it will likely be a very good thing for the island–at least, its electorate are optimistic. The most recent referendum was just last month with a whopping 97% of voters opting for the change[1].

That said, Puerto Rico’s inclusion in the union will inevitably end up as a nightmare for the graphic designers tasked with figuring out how to artfully arrange the awkward number of 51 stars into coherent symmetry for the to-be-updated American flag. Fifty-one is not a prime number–you could do three rows of 17–but come on, it’s going to be a star-spangled mess. 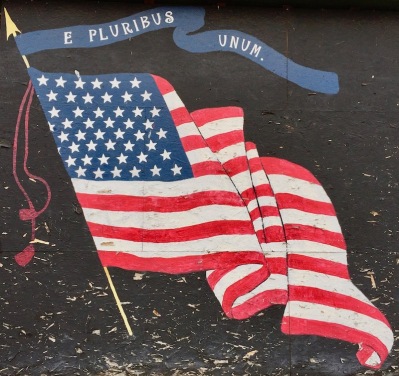 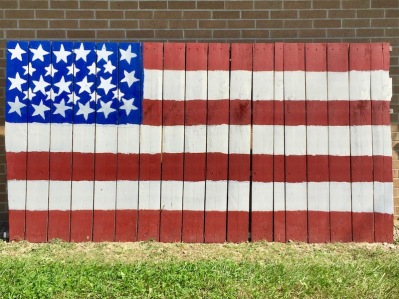 Anyone born here in the last half century has grown up with a 50-state America and its flag with a matching star count. That can make a lot of us feel like it’s always been that way, and always will be. However, we know what happens when we forget our history. Like that 51-star flag, it isn’t pretty.

The United States started as the thirteen original British colonies, each individually converted to statehood/commonweathdom. Over the next two centuries another thirty-seven expansion teams were gradually added to the league. Vermont and Kentucky formed the very first class in 1795; the most recent was Hawaii in 1960. 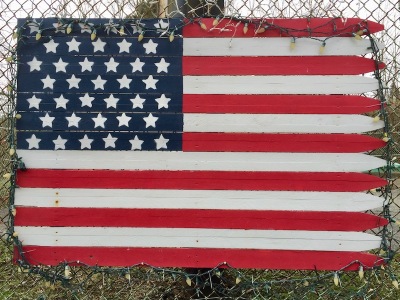 The flag–or, at least, the number and arrangement of white stars on its blue field–was redesigned many times in this span. These were often periods of just one or two years with a particular design until another new state was added. While the general stars-and-(thirteen) bars composition never varied, the arrangement of the constantly-in-flux star count sure did.

When that number added up to something nice and easily divisible–like, say, 20, 24, 30, 35, or 48–there’s an obvious grid to lay out. But on the years where you’re starting with a prime number, it doesn’t work out so nicely. Take, for example, the 31-star flag used in the 1850s or the 43-star flag of 1890-91–these are just plain raunchy. I’m sure Henry Clay was working overtime to convert western territories just to get out of using some of these ugly-ass banners.

It is so interesting that a person–heck, it’s Independence Day–a patriot–would dedicate this much time, effort, and public-facing garage-front property to hand-constructing and commemorating Old Glory, but not bother to paint the right number of stars.

The pattern is just not that difficult to match. There are exactly 50 stars on America’s flag, one for each state. These are arranged in nine rows that space to interleaved sets alternating between six and five stars. There are lots of models to look at.

Regardless, citizens taking up paint bucket and brush to turn an old section of fence, shipping pallet, or garage door into a crude rendition of the star-spangled banner is about as American as it gets. Not getting the math right on the star count only makes it more so.

Some of the other interesting flags and flag-like things we’ve come across in the last year: 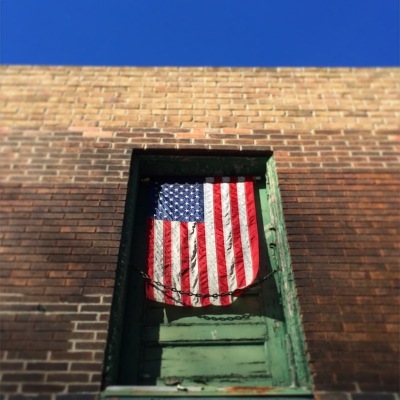 We’re working on a whole piece around the front yard Marys of Oakland, in which this photo will inevitably be cross-listed. Until then, this combo of Mary, papa flag, mama flag and her eight sisters, plus a whole lot of baby flags stuck into a red, white, and blue base will have to get you through the holiday.

Little Hawley, PA–way across the state on Lake Wallenpaupack in the Poconos–is definitely not in the Pittsburgh “orbit”, but we loved this thrift shop’s repurposing of an obviously-male mannequin into a women’s clothes model with patriotic backdrop so much we had to include it.

Sigh. Later this year, when the Bloomfield Bridge Tavern finally serves up its last Polish Platter and Dingus Day goes looking for a new home, this classic old world/new world unity image will (likely) be painted over in favor of the future new owner’s redesign. When that day comes, you can count on the mother of all Orbit obits. Until then, we can only hope it remains “Pittsburgh’s original Polish party house,” but don’t hold your breath.

While it’s tempting to think of the torn-right-down-the-middle flag we found flying in Esplen as a subtle political commentary, I have a feeling the real explanation is simple neglect along with the wear-and-tear on any fabric left out for a few too many Pittsburgh winters.

For the record, Section 8 (e) of the U.S. “Flag Code” states: “The flag should never be fastened, displayed, used, or stored in such a manner as to permit it to be easily torn, soiled, or damaged in any way.” Further, under Destruction of Worn Flags, the code continues, “The flag, when it is in such condition that it is no longer a fitting emblem for display, should be destroyed in a dignified way, preferably by burning.”

The Orbit is in no position to tell anyone what to do about anything, but I think it’s safe to say this Esplen flag is still very much a “fitting emblem” of the deeply-divided America of today. 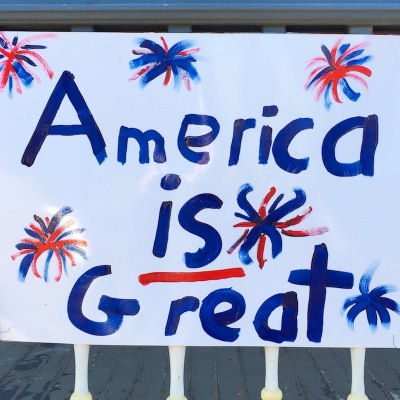 A pre-election 2016 homemade banner hanging from a Lawrenceville front porch wasn’t enough to convince Pennsylvania voters they were already living in a great country, sigh.

[1] Although only a paltry 23% of the population voted. Source: https://en.wikipedia.org/wiki/Puerto_Rican_status_referendum,_2017.